Talks with US to start soon, ministry says 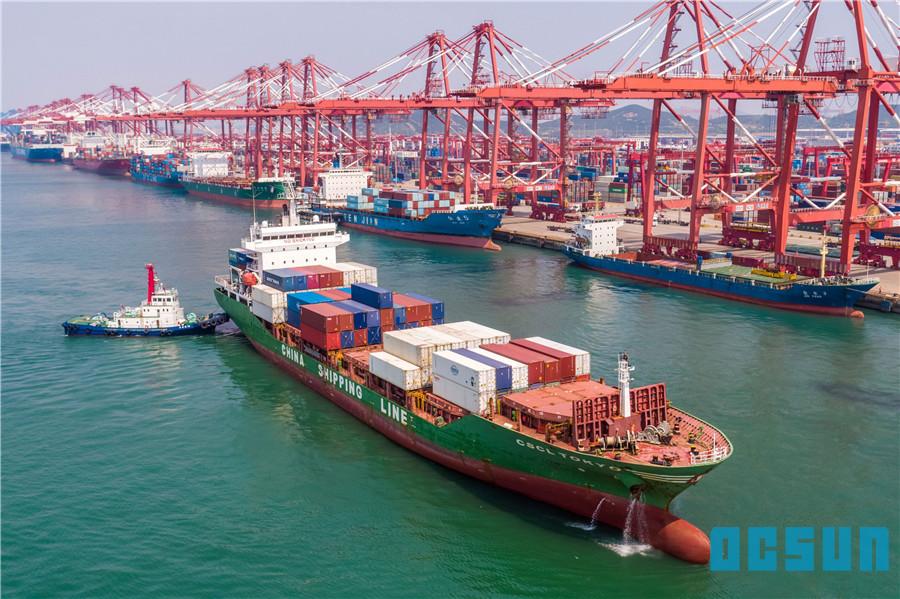 Experts: Topics may include enforcement of trade deal, how to overcome barriers

China and the United States have agreed to hold talks "in the coming days" on economic and trade issues, Ministry of Commerce spokesman Gao Feng said on Thursday, after reports that planned high-level talks on their phase-one trade deal had been postponed.

Speaking at a weekly briefing, Gao made the announcement without elaborating.

Experts and business leaders said that the two sides are likely to discuss how the phase-one trade deal has been implemented so far and how they might resolve trade and investment barriers in the next stage.

"High-level official talks are helpful to reduce distrust between the two countries," said Zhang Yongjun, a researcher at the Beijing-based China Center for International Economic Exchanges.

"Although China and the US have disputes in trade, science and technology and other fields, their technology and manufacturing industries are highly integrated and are complementary in some fields. True cooperation will benefit both sides," he said.

The world's two largest economies reached an agreement on Jan 15 after a two-year trade dispute.

Despite the COVID-19 outbreak in the first half of this year, China has maintained that it will try its best to implement the phase-one trade deal.

Related government departments in China have worked extensively to that end, despite the COVID-19 pandemic, Assistant Minister of Commerce Ren Hongbin said last week. However, tighter controls imposed by the US on exports to China and other restrictive measures have affected imports of goods and services from the country, he said.

In May, China unveiled the second list of US goods to be excluded from the second round of tariff countermeasures against the US Section 301 measures.

In the first seven months of this year, China's goods trade with the US declined 3.3 percent year-on-year to 2.03 trillion yuan ($292 billion), while its exports to the US fell 4.1 percent and imports shrank 0.3 percent amid the pandemic and other economic uncertainties, according to the General Administration of Customs.

China always welcomes foreign investors, including US companies, to invest and operate in the country and share development opportunities, ministry spokesman Gao said.

Since January, a number of big-ticket projects from Starbucks, Costco and Tesla have been established in China, showing the confidence US businesses have in the Chinese market, Gao said.

Profitability is also a key component of long-term confidence in the China market, according to a survey released last month by the US-China Business Council. About 91 percent of US companies said their China operations are profitable.

Gao said US firms are not leaving the Chinese market, where most are making profits and are optimistic about future growth prospects.

Robert Aspell, president of Asia-Pacific at Cargill Inc, said that with many countries still struggling to stimulate their exports and consumption, China offers a model of recovery, stabilization and then growth, adding that the company has introduced a number of food items into the Chinese market over the past two months.

The Minnesota-based agribusiness group opened the Asia-Pacific headquarters of its agricultural supply chain in Shanghai early this month, further demonstrating the company's continued commitment to the Chinese market.