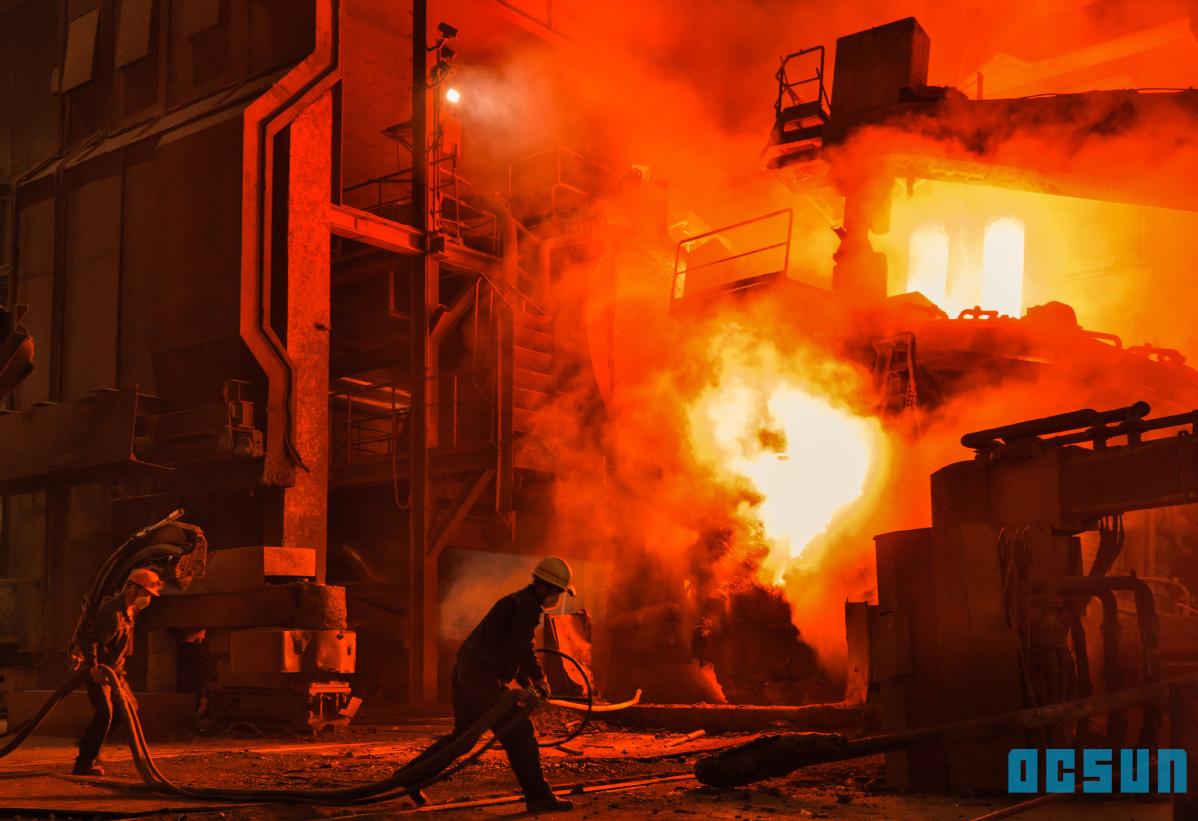 In the post-COVID-19 era, eco-friendly steelmaking is essential to the quality development of China's steel industry, and as the country stands firm on transforming the steel industry toward low carbon growth pathways, the sector is expected to hit a carbon dioxide emission peak as early as 2025, five years ahead of the nation's commitment, according to industry experts.

At the general debate of the 75th session of the United Nations General Assembly via video in 2020, Chinese President Xi Jinping announced that China aims to have CO2 emissions peak before 2030 and achieve carbon neutrality before 2060.

A draft guideline on promoting the high-quality development of the steel industry, released by the Ministry of Industry and Information Technology at the end of 2020, also said the steel industry should strive to achieve a peak in carbon emissions by 2025.

According to the guideline, more than 80 percent of China's steel mills, in terms of capacity, are expected to realize an ultra-low carbon emission upgrade by 2025, and all steel mills in key regions for air quality improvement, including the Beijing-Tianjin-Hebei area and the Yangtze River Delta, must accomplish that goal by 2025.

The guideline also asked the steel industry to reduce pollutants and energy consumption by more than 20 percent and 5 percent by 2025, respectively.

Water use intensity per unit of steel production should be reduced by more than 10 percent by then, while the reuse rate of water resources should reach more than 98 percent, it said.

Li Xinchuang, chief engineer and Party secretary of the Beijing-based China Metallurgical Industry Planning and Research Institute, expects steel demand in China will peak in the near future, and the industry is currently undergoing a development phase featuring gradual output reduction, increasing mergers and acquisitions and strengthening emphasis on green development.

The industry is faced not only with opportunities presented from such a high-quality developmental transformation but also challenges arising from strict environmental protection and low-carbon development requirements, Li said.

The China Iron and Steel Association said the steel industry is key amid China's attempt to reduce carbon emissions, and it is urgent for the sector to reduce energy and resources consumption, ease bottlenecks in carbon emission reduction efforts and shore up low-carbon development.

He Wenbo, CISA's executive chairman, said green and low-carbon development has become a universal mindset among China's steelmakers, and some domestic players have led the world in using advanced pollution treatment facilities and reducing carbon emissions.

The association released an initiative in February calling on the entire industry to further carbon emission reductions.

China is the world's largest steel producer and consumer, and the steel industry will face "absolute control" over its total carbon emissions from "relative control" over its carbon emission intensity per unit of steel production, and accelerating adoption of low-carbon growth pathways is also important for the whole industry to upgrade and achieve high-quality development, it said.

Steel companies must further optimize processing procedures and raw material mixes, increase utilization of recycled resources such as scrap steel and pellets, and adopt short-process electric furnace steelmaking to reduce carbon emission intensity per unit of steel production, according to the initiative.

The industry should actively use clean energy such as solar, wind energy, hydrogen and biomass energies, collaborate in the research, development and application of technologies for non-fossil energy, biomass energy and energy storage, and explore the construction of smart power supply networks that combine the use of clean energy and byproducts such as gas and waste heat, the initiative suggested.

Experts said the steel industry should reduce emissions through upgrading facilities, such as encouraging the use of electric arc furnaces, increasing the usage of scrap steel in steelmaking and adopting hydrogen-based steel production technology.

The CISA said authorities are conducting research to devise an action plan for the steel industry to further reduce its carbon footprint.

The industry is expected to accelerate the application of non-fossil fuel energy, especially the use of hydrogen as fuel, while continuously optimizing raw material structures and energy mixes.

It will also encourage steelmakers to adopt green development throughout the product life cycle, while vigorously promoting green steel product design at steel mills, as well as use high-strength, long-life and recyclable products in the downstream sector.

During the 13th Five-Year Plan period (2016-2020), China met its target ahead of schedule of cutting excess steel capacity by 150 million metric tons. Energy consumption per unit of industrial output by China's designated large enterprises also saw a significant drop, according to the ministry.

Xiao Yaqing, minister of industry and information technology, said at a work conference in December that China will resolutely cut crude steel output and ensure it falls year-on-year in 2021, and efforts will be made to promote low-carbon industrial development and green manufacturing this year.

The CISA said the steel industry had achieved another round of improvement regarding the efficient use of energy and resources last year.

Average energy consumed per ton of steel produced by key steel enterprises was equivalent to 545.27 kilograms of standard coal last year, down 1.18 percent on a yearly basis.