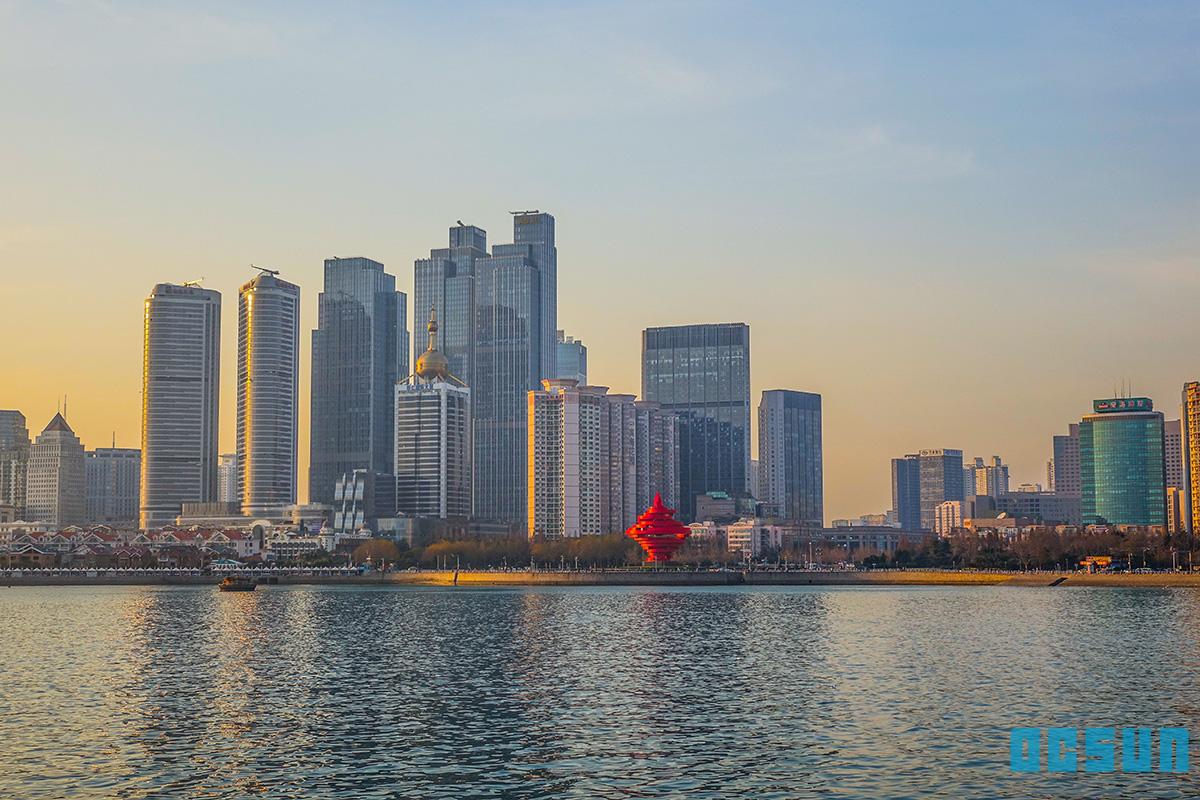 May Four Square at Qingdao City. Photo from internet.

China's economy is expected to expand by 7.9 percent in 2021, nearly double the global growth rate predicted for the year, the World Bank said in its forecast on Tuesday.

"Growth in China is projected to accelerate to 7.9 percent this year—1 percentage point above the June forecast—reflecting the release of pent-up demand and a quicker-than-expected resumption of production and exports," the 189-member global lender said in a statement at the release of the 2021 Global Economic Prospects.

In October, the International Monetary Fund has predicted China will reach 8.2 percent growth this year, after becoming the only major economy to show positive growth in 2020.

clip, with particular support from infrastructure spending, according to the World Bank, which predicted a modest 2 percent increase in China for 2020.

China's official statistics have so far charted a steady course of its economic rebound.

The country's GDP expanded 4.9 percent year-on-year in the third quarter of 2020, reversing from a 6.8 percent slump in the first quarter and up from 3.2 percent growth in the second quarter.

The World Bank said China's strength was "an exception", however, and disruptions from the pandemic in most other emerging market and developing countries were more severe than previously envisioned, resulting in deeper recessions and slower recoveries, especially in countries with recent large COVID-19 outbreaks.

Ning Jizhe, vice-minister of the National Development and Reform Commission, has said that China will maintain a proactive fiscal policy and prudent monetary policy, and stabilize the economy at a "reasonable" level this year, amid uncertainties in external environment.

US gross domestic product is forecast to expand 3.5 percent in 2021, after an estimated 3.6 percent shrinkage in 2020, according to the World Bank.

It noted that the shallower contractions in advanced economies, plus a more robust recovery in China, have resulted in downturn of global economy "slightly less severe" than previously projected.

In all, global economy is projected to pick up by 4 percent, assuming an initial COVID-19 vaccine rollout becomes widespread throughout the year.

Although the global economy is growing again after a 4.3 percent decline in 2020, the pandemic has caused a heavy toll of deaths and illness, plunged millions into poverty, and may depress economic activity and incomes for a prolonged period, the World Bank said.

A recovery, however, will likely be subdued, unless policy makers move decisively to tame the pandemic and implement investment-enhancing reforms, the World Bank cautioned, as COVID-19 has continued to spread, with sharp resurgences in many regions.

"To overcome the impacts of the pandemic and counter the investment headwind, there needs to be a major push to improve business environments, increase labor and product market flexibility, and strengthen transparency and governance," he said.