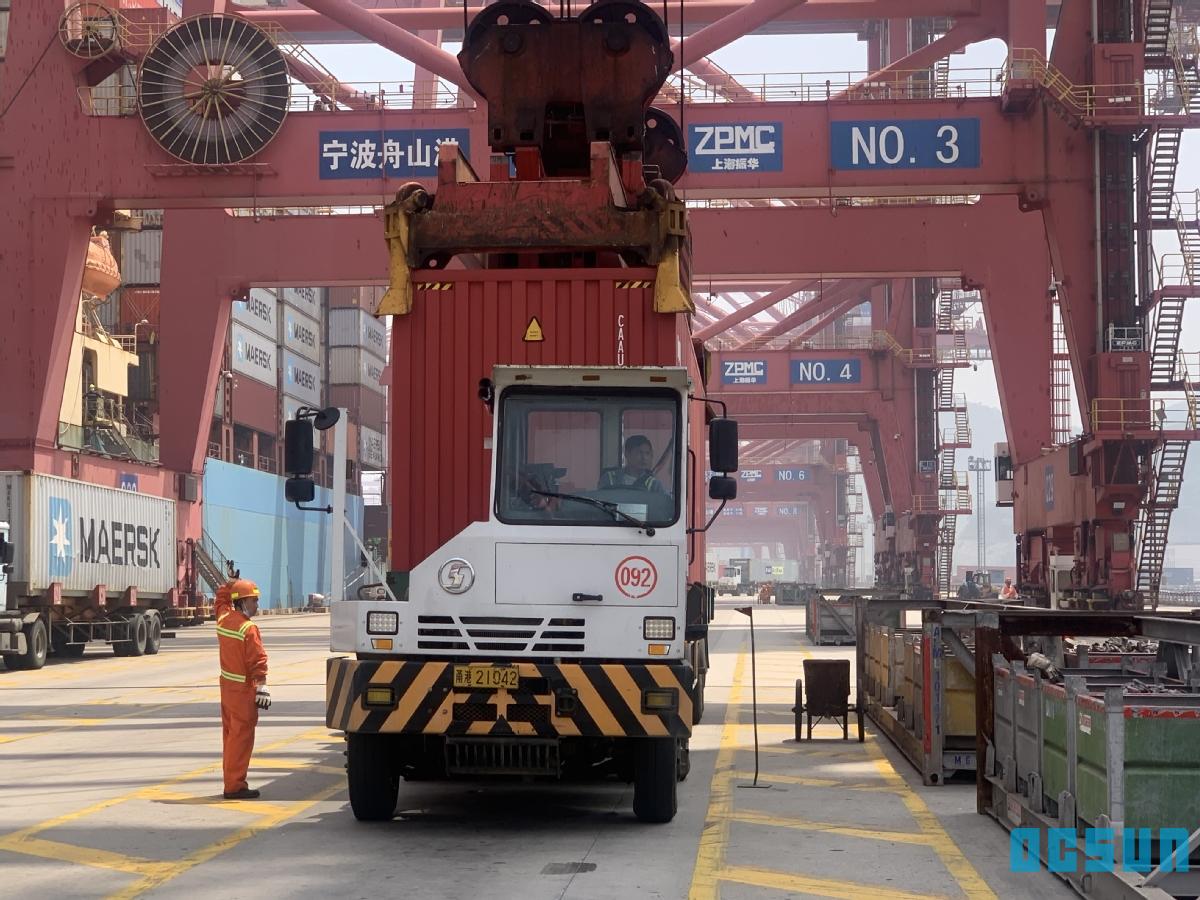 Disruption to the shipping industry caused by port delays and higher container costs could continue into next year, impacting global trade and economic growth, and pushing up consumer prices, according to industry leaders.

A partial closure at one of the world's busiest cargo ports, Ningbo-Zhoushan in eastern China, last week due to a COVID-19 outbreak has added to the list of problems affecting supply chains.

The cost of shipping from China and Southeast Asia to the East Coast of the United States has hit a record high, according to global container freight index Freightos Baltic.

Pandemic-related global shipping disruption began in the second half of last year, when a surge in container prices and delays for container vessels at ports around the world caused knock-on effects as traders battled to recover costs.

Along with border restrictions and port worker absences, there was the Suez Canal blockage in March, when a huge container ship, the Ever Given, which carries cargo between Asia and Europe, became stuck in the major shipping lane in Egypt for almost a week.

It forced vessels to wait for the canal to reopen or take the much longer route around the southern tip of Africa. Then in May, there was a further setback when a COVID-19 outbreak at China's Yantian terminal in Shenzhen forced it to partially close for three weeks.

The Ningbo-Zhoushan port closure threatens more turmoil for global trade ahead of the key Christmas shopping season and other holidays in Europe and the US, reported the Financial Times.

"It's not getting any better on aggregate," he told the Financial Times. He added that maritime transport networks are "still super stretched - it only takes a small thing then you're back to square one or square one minus".

John Glen, chief economist of the Chartered Institute of Procurement and Supply, was quoted by the paper as saying shortages of seasonal goods would drive inflation higher.

"Now is the critical point for supplies into Europe for the Christmas season," Glen said. "There is no short-term solution and the problem is not going away soon."

BBC business correspondent Theo Legget said the industry is facing a "perfect storm" with "one blow after another", following the Ever Given blocking the Suez Canal and the port closures.

Jason Chiang from Ocean Shipping Consultants told the BBC's Asia Business Report that the global shipping industry is likely to feel the impact of the pandemic for several more months.

He said: "We don't expect to see any new shipping capacity until two years down the road. So everything between now and two years will be dependent on how the pandemic plays out."

PREVIOUS：China's export container shipping index up 13.9% in JuneNEXT：Pricing of coal-fired electricity to be liberalized